REQUIEM FOR EUROPA I – II

Requiem for Europa is a multi-event project taking place between Europe and America, establishing a dialogue over a three year durational period.

Requiem for Europa is an on going investigation that is born out of a desire to question and to elaborate a critical perspective, through poetics, of the possibility of a future without Europe, or after the ‘death of Europe’. The ideas behind the European project infuse many of our conceptions, in the so-called ‘Western world’, of progress, time, futurity, beauty, possibility, self, production, work, action, amongst others. Although these ideas are vast and have been studied an innumerable amount of times by projects from a varied scope of disciplines, this investigation seeks to specify its enquiry into the field of art and the pluralities of representation. It aims to question, through a narrative fiction that takes up the fate of the goddess Europa, kidnapped by Zeus in the form of a bull and taken to Crete, what the possibilities, legacies, multiplicities and considerations are of a post-European context.

REQUIEM FOR EUROPA I

The first event, Requiem for Europa I, was an exhibition in London, UK.

It consisted in the publication of an artist book made up of 250 pages of images sourced from the Internet. Taking as a working approach a kind of Internet non-territorial ethnography, the artists were interested in taking as their departure point some of the core principles that make up the European project. Ranging from colonialism to medicine and psychiatry, passing through modernist architecture, philosophy, tourism, leisure, work, rocks and minerals, animals, and more, then surfing away into new connections and alternative readings. Alongside this a small 20-page booklet, composed of a transcription of a tour guide to Palos de La Frontera, Spain also accompanies the publication. It is from this geographical spot that Christopher Columbus’ expedition to the Americas departed.

As a last component of the first event the artists also invited 22 performers, all women, to interpret their own versions of what Europa was, is, or could be. The only defining features by which they could be recognized were the blue colour of their clothing, a bull’s hoof stamped on a part of their body, and the lingering scent of a specific perfume entitled 5 O’Clock Au Gingembre. This perfume, which gave the name to the performance piece, is charged with colonial evocations through its ingredients, and seems to recall the English teatime in the age of Empire. 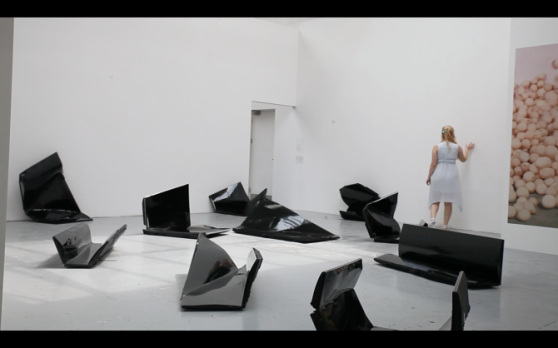 For the second event of the project the artists presented a new video installation titled Requiem for Europa II at Cooperativa Crater Invertido in Mexico City in Novembre 2016.

The setting for these videos takes on the exhibition of the first event that took place at the Royal College of Art in London in June the same year and presents the interventions of 22 performers, tasked with creating their own interpretation and representation of Europa. At the end of each performance, the artists briefly interviewed each performer about their interpretation: How had they decided to feature Europa? What does Europa represent for them today?

Alongside this a question of perspective arises, as the project travels to the other side of the ocean, to gaze at Europe from the point of view of the Other. What does it entail to bring documentation of a contemporary art exhibition from London to the neighbourhood of San Rafael, Mexico City? What are the many possibilities of different readings that Mexico City in particular and Mexico more generally offer for a contextualizing beyond finitude and after the time of Europa?

The exhibition was accompanied by a small publication entitled “Look people, Look what has become of your Mother!” comprising photographs taken on a visit to Palos de La Frontera, Spain, the city where Christopher Colombus set sail in 1492 on his famous voyage that would lead to the “discovery of the Americas”. The quotations in the book are taken from the performances of the 22 actresses interpreting Europa. 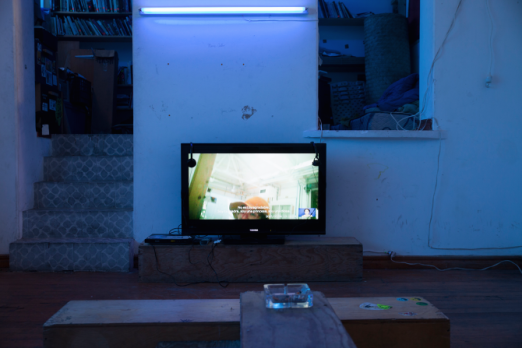