This Is The Loudest Moment Of Silence

“A visual and physical theatre piece, exploring irregular rhythms in body and voice”.​

An investigation into the Dynamo-Rhythm in Corporeal Mime, in relation to the behavioural patterns of a Supernova, with reference to syncopated rhythmical structures in Dubstep.

Performed in The Rose Theatre at Rose Bruford College as a scratch performance, on the 11th of May 2017.

Johan Bark is currently the main director of SWE/UK theatre company Romantika, where he has directed shows which have been performed in the UK and internationally. Johan has also previously worked for directors Robert Wilson and Arianne Mnouchkine. Johan will in the summer of 2017 work at The Watermill Center, New York, as the centre assistant, and tour Romantika’s current two shows for performances in Paris, Birmingham, London and at the Edinburgh Festival Fringe. He is also currently working with Spanish theatre company, Yellow Collective, as an associate director to develop a one-woman show called P.A.T.S. The show will tour during the summer in the UK and internationally.

More info about Johan Bark can be found HERE: 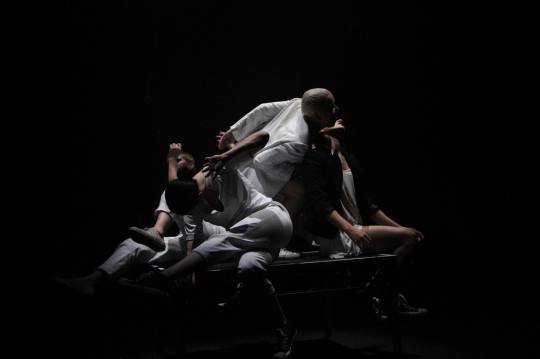